This speaking activity was designed for an advanced level class, but it could be used with upper-intermediates with some pre-teaching of vocabulary and a some extra support.

This game is played in groups of three or four. Each group needs two dice and a worksheet.

Divide your class into groups of three or four and tell them that they are going to climb a mountain together and it could take two or three days. Give them three minutes to talk in their groups about what problems and dangers might occur on this kind of trip.

Now, with these dangers in mind, they should come up with a list of the most important things they need to take with them. Each group works on their own list and has three minutes to write down up to twelve things. This includes supplies, equipment and anything else they may need.

Next, they need to prioritise and decide what they are each going to take in their backpacks on the adventure. Students in groups of three can take three items each. Those in groups of four can only take two each. This isn’t affected by scale: one student can take all the food and water they need as their two items, while another could take a torch and some rope.

Each student should write down the two or three items they are carrying.

You start by showing the students two dice and rolling them. Then, look up the results on the worksheet and read the first part but don’t read the part written in italics yet. For example:

The temperature is dropping steadily. What can you do to keep warm?

Students talk together in their groups about what they should do. They can be as inventive and creative as they like, but it’s important that they come to an agreement. Remind them that they can use any of the items they packed with them.

After a few minutes ask each group to tell you their decision. Explain that whoever has the worksheet and the dice is the storyteller, and they decide whether the plan works or not. For each group, tell them what happens next in their story.

In our example one group decides to put on the extra clothing that they had packed, and to walk quickly to keep themselves warm. I tell them that this works well and they are able to continue up the mountain at a good pace, despite the harsh environment.

You then read the second part in italics, which states: If they have some good ideas, gain a mile of progress.

That means that every group that came up with a good idea moves forward one mile. Students should keep a record of their progress as they play the game. Students gain or lose progress throughout the adventure, depending on how well they solve problems together.

Now that they’ve seen an example, hand out the worksheet and two dice to each group. Students take turns being the storyteller, passing the worksheet and dice clockwise after each turn. Students shouldn’t repeat the same event twice, so any repeated numbers on the dice should be re-rolled.

It’s important that the storyteller stays quiet and listens to the group when they’re discussing their plan. This has the side benefit of preventing one student from dominating every decision. Once every student has had at least three turns as storyteller, bring the game to a close.

After the game, mix up the groups and ask students to share their stories. What was their biggest disagreement? What was their best solution? How much progress did they make up the mountain? Which items were most useful?

There are a few activities you could do next. Students could write about their expedition. You could also get students to work in pairs and create their own adventure using the template included. 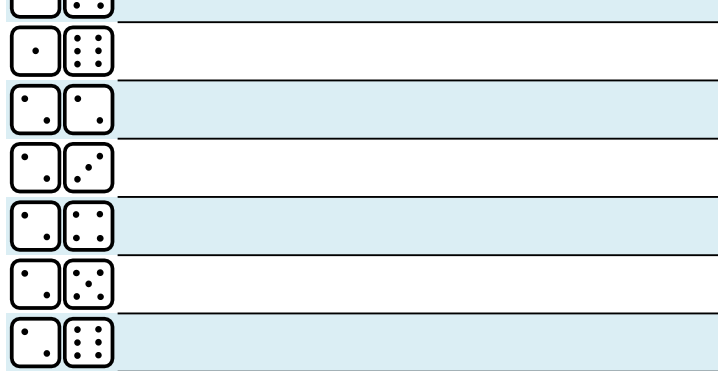 My students had a lot of fun with this game. I used it with a new class and it was an excellent way to break the ice without asking the usual ‘get to know you’ questions.

This game could be adapted for use with FCE and CAE classes. I think with some structured language input, you could practise the skills required for the cooperative task in the speaking exam.

6 thoughts on “Hiking Adventure: role-play games in the classroom”